Cloudy with a Chance of Meatballs Wiki
Register
Don't have an account?
Sign In
Advertisement
in: Characters, Male characters, Protagonists,
and 3 more

Tim Lockwood is Flint Lockwood's father Fran Lockwood's widower and the owner of a tackle shop in Swallow Falls. He appears in Cloudy with a Chance of Meatballs and its sequel.

Tim has a big body and has brown hair, blue eyes, and a hairy mustache and eyebrows. His thick unibrow conceals his eyes. He wears a light blue shirt and grey pants. His face is quite unusual. He even has total control of his eyebrows and mustache. His legs are extremely small in comparison to the rest of his body.

Tim Lockwood is rather blunt, down-to-earth, solemn, a bit pessimistic and unsure, but is still caring and well-meaning. As shown almost throughout the film that he didn't support his son, Flint Lockwood's inventions, unlike his wife. He loves his son deeply but was not as encouraging as his wife was about his inventing dream so he started making him work at his Tackle shop because his inventing didn't seem to work. He also got easily annoyed by his son's wacky, hyperactive tendencies and had a phobia for technology (which is why he didn't support Flint being an inventor). His generally emotionless nature is most likely because of his wife's death. However, near the end, he becomes more supportive and courageous, he tries to help Flint save the day, despite his fear of technology and encourages him to not give up. After this, he eventually grows close to his son after finally opening up to him about his emotions. In the sequel he is more supportive to Flint. 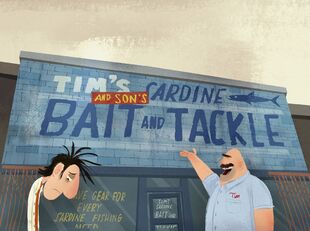 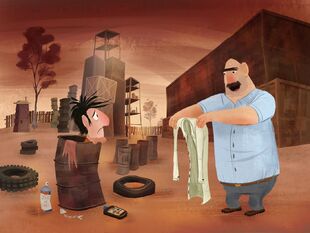 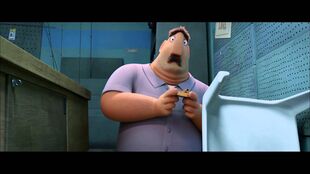 Tim with his eyes showing 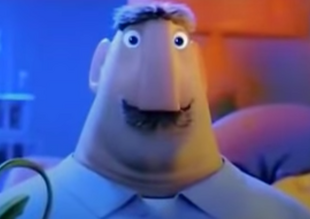 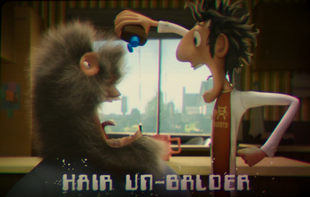