Cloudy with a Chance of Meatballs Wiki
Register
Don't have an account?
Sign In
Advertisement
in: Flint Lockwood's Inventions 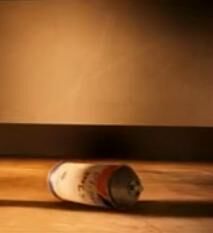 Spray-On Shoes was created by Flint Lockwood before he came of age. It is a creation that sprays an "alternative laceless foot-covering" on your feet, but beware of the Spray-On Shoes, they could be as hard as diamonds and cannot be removed. It was demonstrated by young Flint in school, but the invention's popularity did not last long as a young Brent who attended the same class asked Flint "How are you going to get em off Nerd?" causing the pupils to laugh at him about the Spray-On shoes because they were stuck to his feet and unable to come off. But with the help of his Mother's teachings, Flint knows that it's okay to be teased or laughed at in school. In the first movie Sam thought Spray-On Shoes were a good idea. Supposedly, Flint was only five years of age before he began inventing, and this was the very first invention he had ever made.

In the second movie however Flint is shown spraying on another coating indicating that Spray on Shoes wear down overtime.

In the end credits, it is shown that Flint created "Spray-On Roofs" and made a business with his father for the new product although it could be non-canon.