Flint is a young man in his mid-20's with fair skin. He has unruly dark brown hair and blue eyes. His notable item of clothing is his lab coat. In the sequel, he wore a blue shirt with a rain cloud on it. He again wears his lab coat. He also wears black pants and his lace-less alternative foot covering, "Spray-On Shoes".

Flint is a kind-hearted, good-natured, slightly unconventional, well-mannered, funny, hyperactive, friendly, hard-working, respectful, playful, passionate, energetic, brilliant, and creative inventor. As a child, he was a prodigy and had dreams of becoming an inventor. Unfortunately, being bullied his entire life and having a strained relationship with his father has made him very attention-seeking, agitated, and is ready to go to dangerous risks just to impress or make friends with people. However, due to his kind nature, he saved his town from his awry food invention (though it was mostly the town's citizens' fault) and became a loved person by the town, as its hero. Overall, he’s an inventor with a big heart, extraordinary intelligence, and eventually falls in love with Sam Sparks (who becomes his loving girlfriend) and develops a close relationship with his father at the end.

Young Flint disappointed himself because of school. Since he was so young, Fran talked about being a nerd is okay. After he was ridiculed and made fun of at school, Flint realized that he did not have to involve about it.

When he was 8[1] years old, his mom gave him a professional-grade lab coat to buck him up. And then, she told him to make more inventions; so he wrote up a "Best Inventor Ever!" note on a piece of paper and excitedly ran over to his tree house to finish up his projects afterwards.

From that day forward, he was determined to invent something great, like "Remote Controlled Television" and onward. Young Flint had a very simple story and an extremely short voicing process, he also had very small screen time so he doesn't come out much in the whole movie.

Young Flint promptly comes of age during the beginning of the movie, but from that point, Flint still had the mentality of a five-year-old, but still he remembered not to get disappointed whenever things don't go right.

Around ten (when his lab was half it's current size that time), he first became Inspired by Chester V as he used to watch his television programs & eat his official Food Bars.

He lives in a small town called "Swallow Falls" where everyone has to eat sardines at all times, as nobody else wants them after the world realized that sardines were super gross. So Flint invents an invention to change the town. He creates a machine called the "FLDSMDFR" that converts water into food. While powering the machine with the power plant, he accidentally shoots it up into to the stratosphere eliminating Sardine Land. He meets weather reporter, Sam Sparks, who is very fascinated with his inventions, later revealing that she’s also a nerd. The town is renamed to "ChewandSwallow" after his machine produced rain-food and Mayor requests from Flint to make food 3 times a day for 30 days for the grand re-opening of the town. Nobody ate sardines any longer, until FLDSMDFR overloaded and started over-mutating food to gigantic proportions, so Flint and his friends went into the center of the food-storm to stop the machine while the town is evacuating.

Continuing the ending of the first movie, as the people of ChewandSwallow rejoice as the machine was eliminated, Flint's favorite inventor Chester V shows up in a holographic form, saying the US government has permitted them to clean things up, and also relocating the entire people of Chew and Swallow to San Franjose, California, and also giving Flint a chance to work at Live Corp., also promising the people will be back within a month.

As they were relocated, Flint began his new job at Live corp, Sam has been a well-known weather reporter/meteorologist, “Chicken“ Brent got a job at a local fast-food chain, Manny got really random jobs and Earl became a cupcake staff, along with his son, Cal.

Unbeknownst to Flint, the FLDSMDFR survived the explosion and landed in the center of the island, and Chester is determined to find it. Chester invites Flint, his biggest fan, to work at Live Corp, where he meets Chester's assistant Barb, a talking orangutan with human intelligence. Six months later, Flint mortifies himself during a promotion ceremony when his invention "Party-In-A-Box" explodes. Meanwhile, Chester is informed his search-parties on the island have been ambushed by monstrous cheeseburgers he tells Flint are trying to learn how to swim. Then Chester tasks Flint to find the FLDSMDFR and eliminate it once and for all with the "utterly irreplaceable" BSUSB. Despite Chester's demands to keep the mission classified, Flint recruits his girlfriend and meteorologist Sam Sparks, her cameraman Manny, police officer Earl Devereaux, and "Chicken" Brent. Much to Flint's disappointment, his father Tim joins the crew and they travel to Swallow Falls on his fishing boat.

When they show up, they notice a jungle-like environment has overgrown the island. Tim stays behind while Flint and the others investigate, looking for a vast habitat of living foodimals. Tim, searching for food at his abandoned tackle shop, encounters a family of humanoid pickles and bonds with them by fishing. Chester discovers much to his chagrin Flint permitted his friends to join on the mission and shows up on the island with Barb, chagrined and determined to isolate them. After they escape a Tacodile ambush, Sam notices the foodimal protected its family, and begins to suspect Chester is up to no good. Flint finds his former lab and invents a device that can track the FLDSMDFR. Sam attempts to convince Flint to spare the Foodimals , but Flint is intent on making Chester proud. Sam leaves in anger, along with the others (including his pet monkey Steve). In the jungle, Sam proves the foodimals mean no harm by taming a cheespider and revealing the reason they were ambushed was because they were wearing Live Corp backpacks. Upon realizing Chester's intentions and discovering that Live Corp is actually Evil Corp backwards, the group is ambushed and captured by Live Corp employees afterwards.

Flint finds the FLDSMDFR, but he notices a family of cute marshmallows gathering around the FLMSMDFR and becomes reluctant to eliminate the machine. But Chester, revealing his true nature, seizes control of the FLDSMDFR at once. And in the meantime, he announces his real plot to make his updated line of food bars out of the foodimals. A crushed and betrayed Flint is tossed into the river but he was getting rescued by the marshmallows. Flint is taken to his father, who along with the foodimals, assist him infiltrate the Live Corp building that’s under construction on the island. Flint frees the trapped Foodimals with the assistance of barry and other Foodimals and furiously confronts Chester, who threatens to make food bars out of his friends (which would kill them in the process). Chester makes several holograms of himself to overwhelm and misdirect Flint, but Flint (with help from Steve, who was able to free himself) uses the "Party-In-A-Box" to expose the real Chester and Flint's friends are freed by Steve. Chester tries to make off with the FLDSMDFR, but he gets cornered when an army of Foodimals shows up, he demands Barb to save him afterwards, but Barb, having an change of heart, furiously states she’s an ape, and grabs the FLDSMDFR, Chester tries to go after her, but he falls into the snack bar 8.0 maker, he tries to use his holigrams to save himself but he falls right through them, so he prevents his demise by retracting his limbs and face into his vest right before he hits the bottom of the grinder. He ricochets erratically between the blades of the machine before he is sling-shotted out of the machine. Chesters thinks he has saved himself, but as soon as he reaches the exit, he gets grabbed by a Cheespider's sauce web and the Cheespider devours him, crucifying Chester right away. With the island safe from Chester, Flint returns the FLDSMDFR to its place and the foodimals continue to live in peace as more are born. Flint fishes with his father for the first time, finding it enjoyable despite catching an incredibly tiny sardine.

During a mid-credits scene, Barb awkwardly tries to ask a preoccupied Steve on a date. 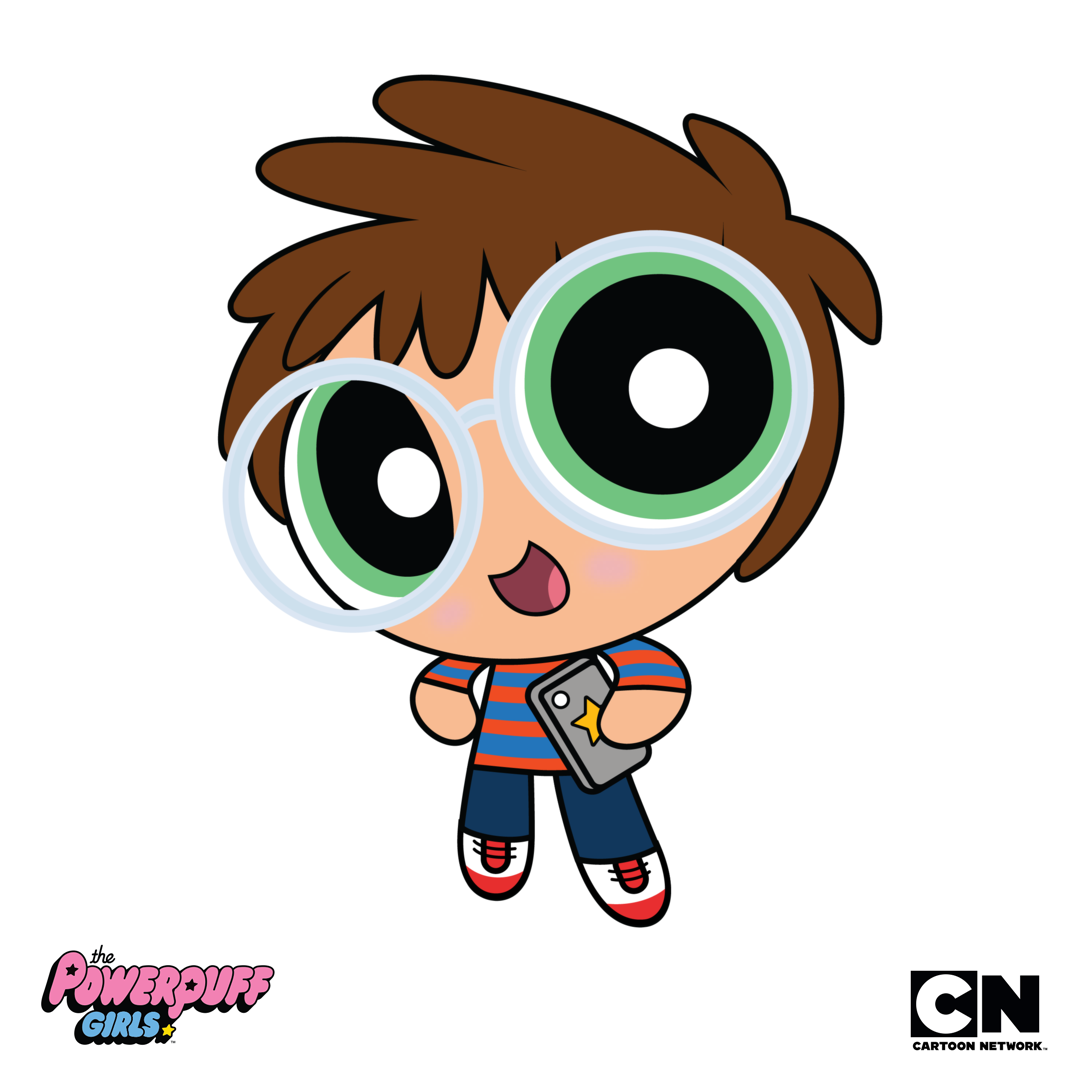