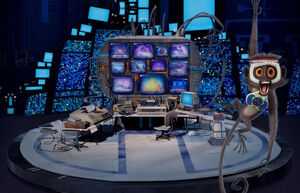 Flint's lab is the laboratory of Flint Lockwood where he works on his invents & scientific research!. it started off as a small High-Tech cubby & as Flint grew up it became as big as a town water silo, with the ground area covering most of the backyard except the entrance.

Experiments that were created or found within the lab. 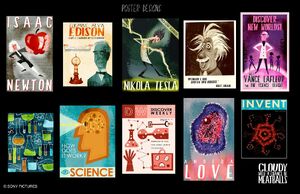 Flint's motivational posters
Add a photo to this gallery

Retrieved from "https://cloudywithachanceofmeatballs.fandom.com/wiki/Flint%27s_Lab?oldid=12085"
Community content is available under CC-BY-SA unless otherwise noted.